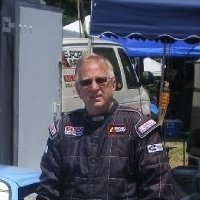 Growing up, I had a natural ability for automobile mechanics.  While attending Bishop McDevitt High School, I worked part-time for the former Cameron Auto Volkswagen in Harrisburg, PA.

After graduating in 1970, with a stint in the military, I was employed by the former Capital Porsche Audi in Mechanicsburg, PA.  While there, I successfully completed factory training in Porsche and Audi and started my own small business in one of the bays at the current location.

I am certified in Porsche and Audi, and hold certificates for Automotive Service Excellence (ASE), State Inspection Mechanic, Emmissions Inspector, and Air Conditioning Repair.  I am involved in the Vintage Racer’s Group, and PHA.

I have been racing Porsches, Audis and Volkswagens for several years, and also repair race cars at this location.  My wife, Bonnie, and I reside in Mechanicsburg, and we have one daughter, Cassie, who is married and resides in South Riding, Virginia.

Formerly with 20 years of experience at Autohaus, Harrisburg, Craig has been with European Imports since February, 2001.  He is a VW Master Technician, ASE and Porsche Certified, Emission Inspector, State Inspection Inspector, and Air Contitioning Certified.

Craig’s “specialty car” is the Porsche 944 Turbo.  Craig is married and enjoys boating, motorcycle riding, camping, carpentry, and working around the house.

Chris has been with European Imports since early 2016, as a Certified Inspection Mechanic. He has always had a love for cars since childhood, a perfectionist who enjoys the challenge that replacing an engine entails and the intricacy of rebuilding internals.

Working with mechanical systems comes naturally to him. He purchased his first Volkswagen at 18. Even before he had a garage of his own, he could be found fixing Volkswagens for friends in his driveway.

Chris has restored Corrados and owns several varieties of VW. He has been married for nearly 10 years to his wife, Alyssa, and they have two young sons, Elijah and Oliver. His hobbies include drag racing a few of his own Volkswagens, and he also enjoys hunting and competitive shooting, usually at USPSA matches over the Tri-State area and, occasionally, nationwide.